on Friday, August 19th, against Gulfport in the second game of the Shrimp Bowl Classic at

at 6:00pm with the Picayune-Gulfport game to follow at approximately 8:30pm.

Head Coach Dodd Lee and his staff have approximately 60 players taking part in the practices.

Dodd Lee in a 40 yard sprint.  Wilson pulled away with the victory, but in Lee's defense, he

slipped on the wet field a few yards into the race. 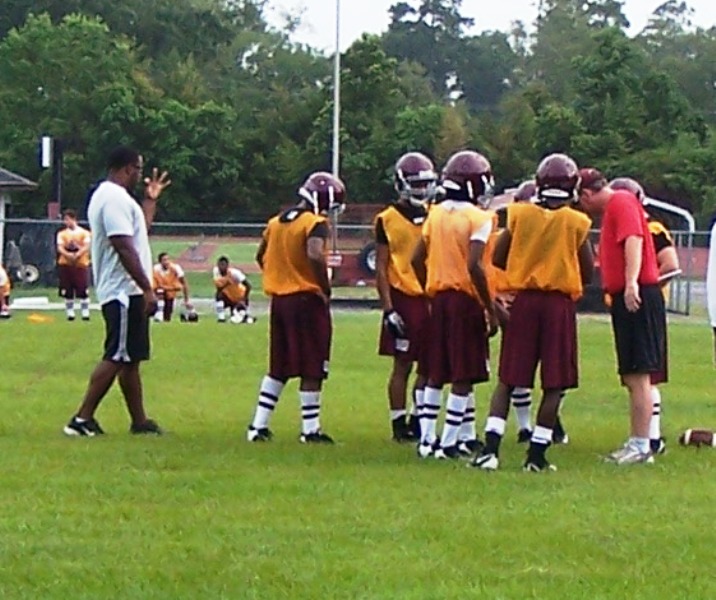