Picayune--After a shaky first half, Picayune pulled away with two quick touchdowns in the third quarter to cruise to a 41-14

win over Pearl River Central in the region opener for both teams in front of a standing room only crowd of approximately 5,000.

Picayune drove to the PRC one yard line on the opening possession of the game, but fumbled the ball and the Blue Devils

recovered.  PRC moved the ball out of the shadow of the end zone with a grabbing the face mask penalty against the Maroon

Tide and a rushing first down.  On first down at the 33, Ken Breland intercepted a Blake Spiers pass at the PRC 48 and weaved

his way through the Blue Devils for a touchdown.  The point after was no good due to a high snap and Picayune led 6-0 with

Ben Hickman releases a pass under pressure that was caught by Preston Dedeaux (below).

Preston Dedeaux (33) turned this catch into a 37 yard touchdown.

After the ensuing kickoff, PRC moved the ball from their own 20 to the Picayune16, but two consecutive illegal procedure

penalties forced the Blue Devils to attempt a 47 yard field goal that was no good.

Picayune took over at the 20 and marched quickly down the field and scored on a 40 yard run by Daveon Greene. The

drive covered the 80 yards in 4 plays using just 1:47 off the clock.  Ben Hickman ran the ball for the two point conversion

PRC got on the scoreboard with 3:50 left on a 31 yard touchdown pass from Dylan Spiers to Brandon Comeaux.  Devon

Netto kicked the extra point to make it 14-7.

On the second play of the third quarter, Breland intercepted another Spiers pass and returned it down the sideline in front

Ken Breland (9), center of picture, takes off on his second interception for a touchdown.

After PRC was unable to convert a first down, Picayune got the ball back at their own 43 and marched 57 yards in 7 plays

with the touchdown coming on a 22 yard pass from Hickman to Justin Mark.  The PAT was blocked leaving the score

Ben Hickman (16) releases a 22 yard touchdown pass on its way to Justin Mark.

PRC would get their final points on a 65 yard fumbled return by Brandon Padgett with 9:29 left in the game. 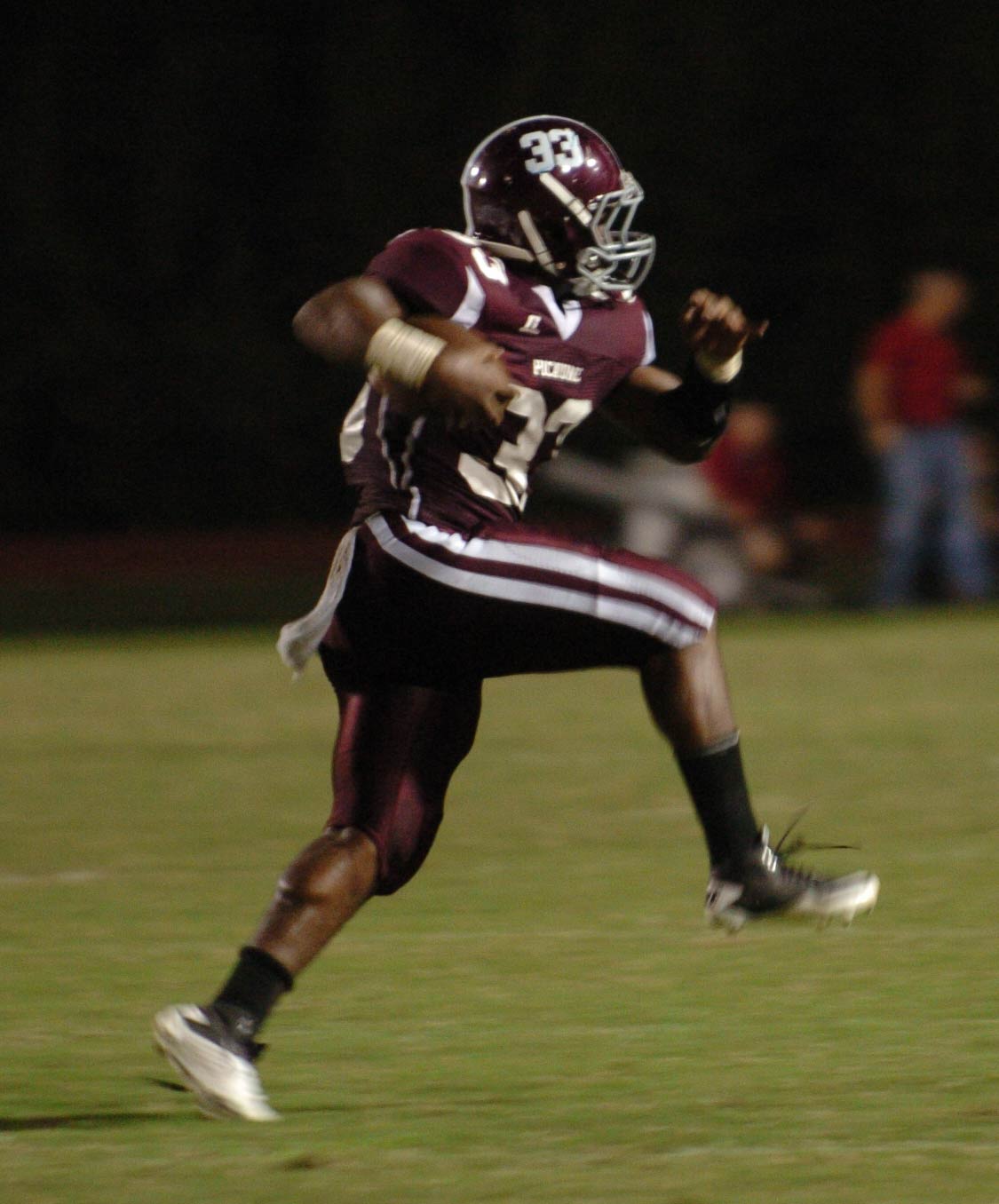 Preston Dedeaux high steps his way down the field.