in the first round of the Class 5A South State playoffs at Picayune Memorial Stadium.

The Maroon Tide had to punt the ball away on their first possession and McComb started at the Tiger 43.  McComb moved

the ball down to Maroon Tide with a first and goal.  Picayune's defense rose the occasion stopping the Tigers and taking over

at the 11 yard line.  Picayune was unable to move the ball and punted it back to McComb at the Tiger 40.

Four plays later, Picayune would get the first break of the game. Troy Egana caused a fumble and Doug Cross recovered at

the Tiger 40.  Picayune overcame two penalites and would eventually score on a 1 yard quarterback sneak by Ben Hickman.

Dalton O'Meara kicked the first of his five extra points for a 7-0 lead with 11:50 left in the second quarter.

Preston Dedeaux (33) holds on to McComb's Deonte Evans as Dalvin Acker (24) closes in. 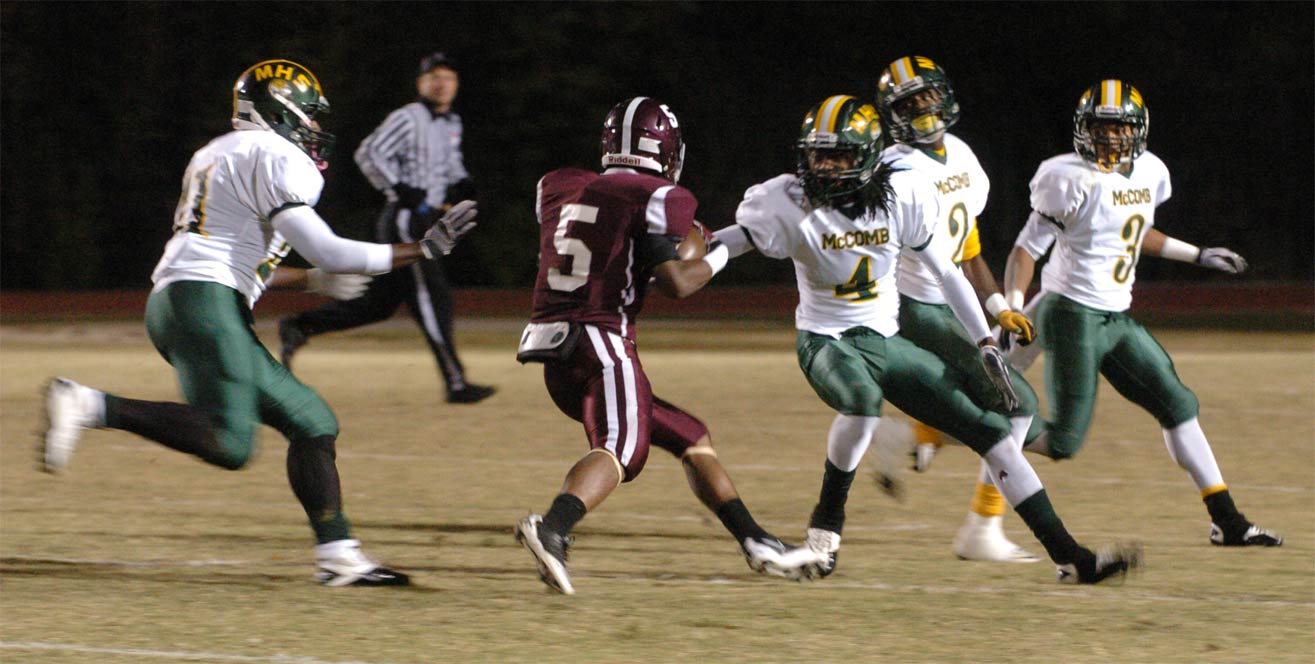 Picayune got another turnover later in the quarter when Nolan Fletcher pounced on a Tiger fumble at the McComb 15. But the

tight end Tanner Bryan at the 3 yard line and returned it down the Tiger sideline for a 97 yard touchdown.  McComb went for

two and the pass fell incomplete leaving the score at 7-6 with 3:21 left.

Picayune stormed back driving 65 yards in 8 plays with Preston Dedeaux scoring from 2 yards out with :28 left.  O'Meara's 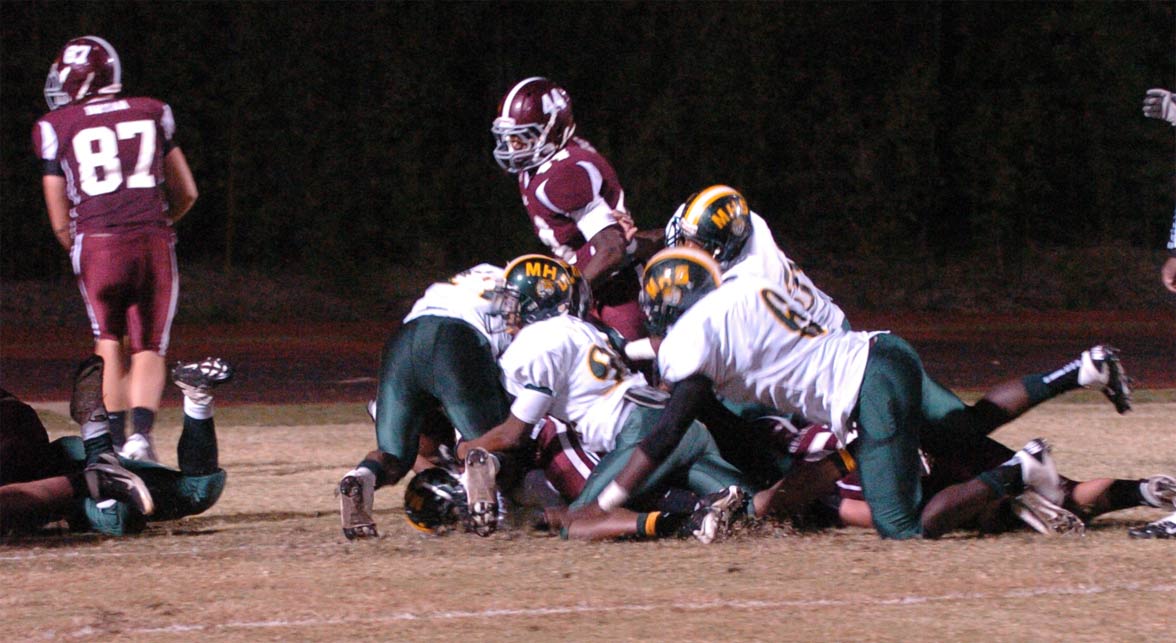 Ben Hickman (hidden under the bodies) scored on this 1 yard run. (Trust us, he's under there)

ball at the Tiger 41.  Again it took 8 plays to get the touchdown with Hickman sneaking in from 1 yard out.  With Omera's point 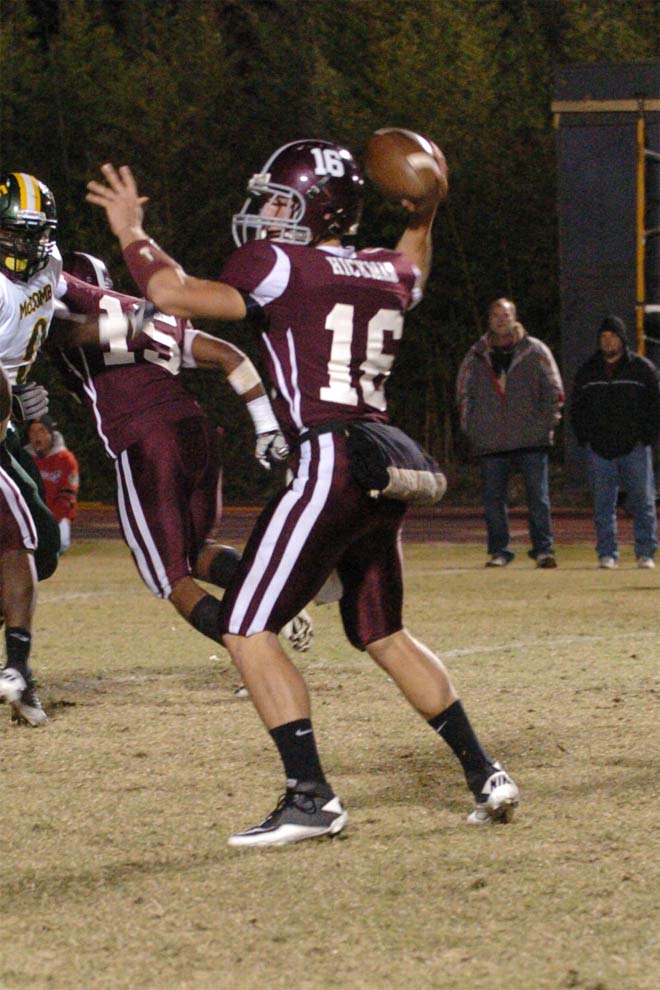 Ben Hickman (16) releases a pass that was caught by Tanner Bryan (87) below. 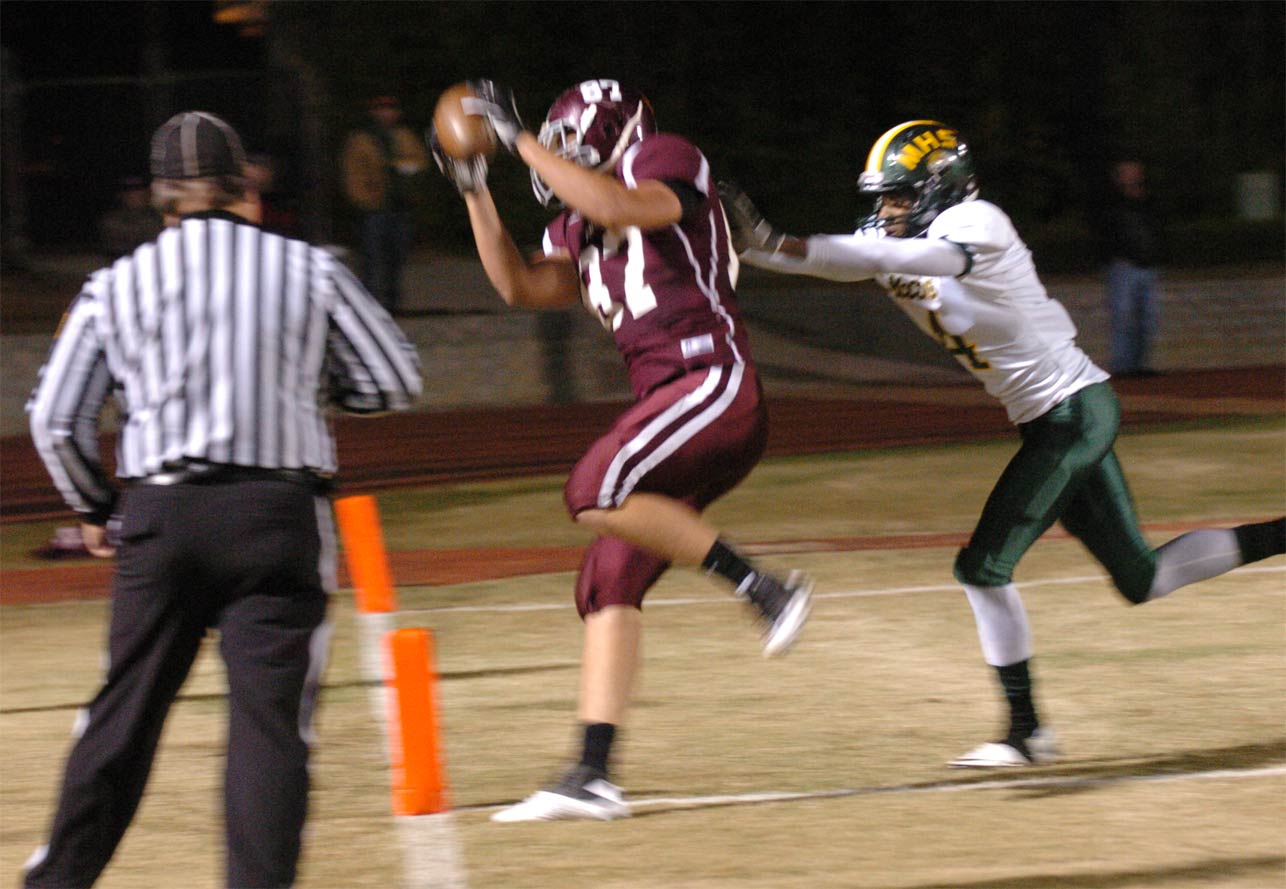 Picayune's Ken Breland intercepted a McComb pass on the last play of the third quarter at the Picayune 3 yard line.

The Maroon Tide picked up two first downs moving the ball to the 28.  After a holding call against Picayune and a three yard

run put the ball on the 23.  On the next play, Hickman connected with Justin Mark near midfield and Mark raced in for the 77

a herd of Tidesmen as they tackled the McComb punter at the 14.  Dedeaux scored 4 plays later from 2 yards out to close

Picayune (10-2) will travel to take on Pascagoula at War Memorial Stadium on Friday in the second round. 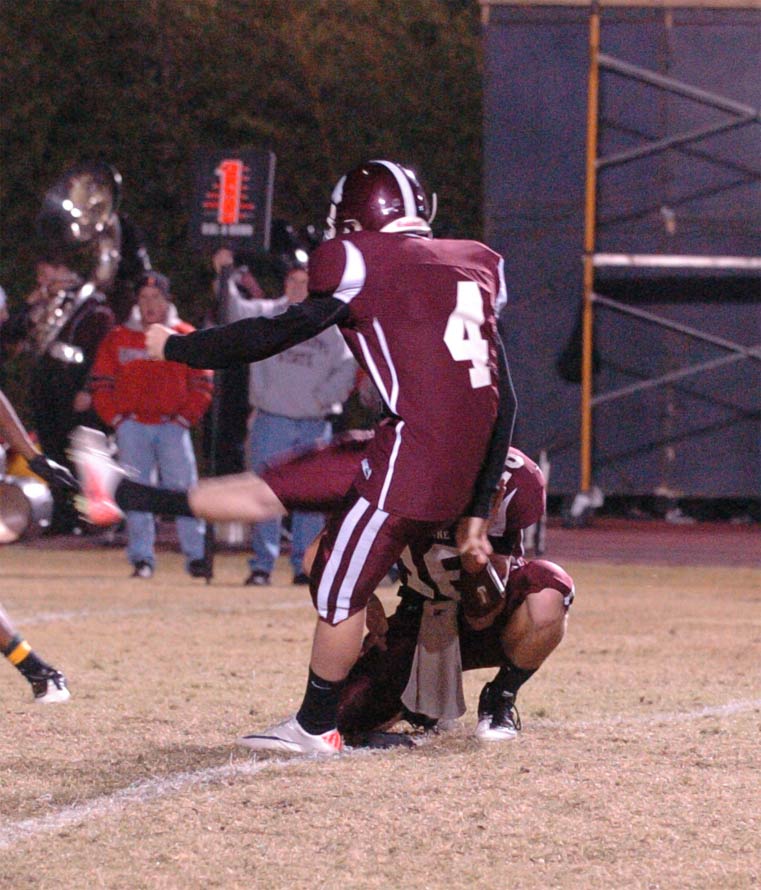 Dalton O'Meara was perfect on his extra points.