Springs Greyhounds before an estimated 4,500 at Tide Stadium.

Picayune scored first after forcing the Greyhounds to put the ball away on their first possession.   Starting at their own 35, the

Maroon Tide marched the distance in 11 plays with Desmond Taylor plunging in from 4 yards out.  The point after was wide

Ocean Springs returned the ensuing kickoff to the Tide 25, but on second down Doug Cross deflected a Wes Windham pass

and Nick Marble snatched the ball for the interception.  Picayune move the ball from their own 27 to the Greyhound 44 before

turning the ball over on downs. 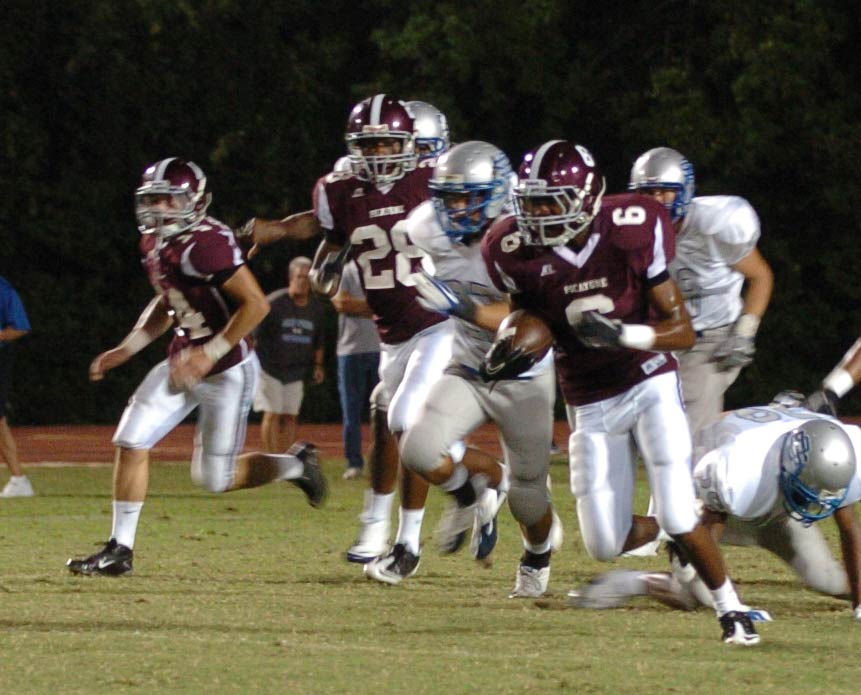 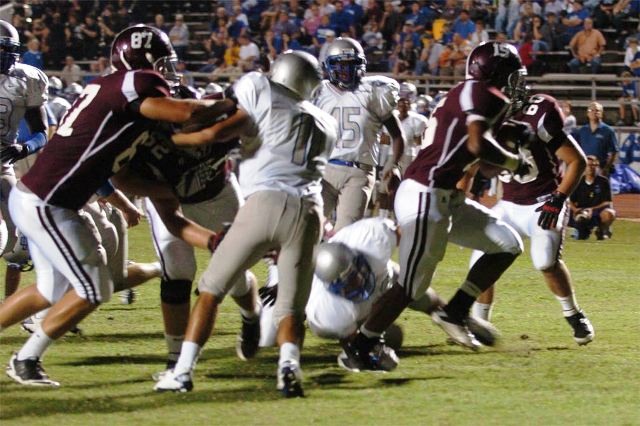 The Greyhounds drove 56 yards in 10 plays with Windham getting in from one yard out for the touchdown.  Mickey Allizzo

kicked the point after to give Ocean Springs a 7-6 lead with 7:24 left in the second quarter.

Picayune's Nolan Fletcher returned the kickoff to the Greyhound 48.  Picayune moved the ball to the 9 yard line, but had to

to Ishmel Morrow with :16 left.  Alizzo drilled the extra point to make it 14-9.

On the first play of the second half, Ocean Springs intercepted a Maroon Tide pass at the Tide 20.  Picayune's defense held and

Alizzo kicked a 44 yard field goal with 10:23 left in the third quarter.

Picayune missed a 32 yard field goal on their next possesssion.  Ocean Springs took over at their 20 and moved the ball to the

Tide 30.  On third down, Ken Breland intercepted a pass at the 12 yard line and returned it out to his own 35.

The Maroon Tide converted a pair of first downs and moved the ball to the Greyhound 33, but an interception ended the drive.

After holding the Greyhounds and forcing a punt, Picayune took over at their own 32 with 8:17 left in the game.  Picayune drove

the 68 yards in 10 plays with Preston Dedeaux scoring on a 2 yard run with 4:41 left to pull the Tide to within two points.

Ocean Springs took over at their own 18 after the kickoff and converted three first downs to run out the clock.

Picayune was led by Dereonte Magee who ran for 155 yards on 21 carries.  Dedeaux ran 11 times for 47 yards and Taylor 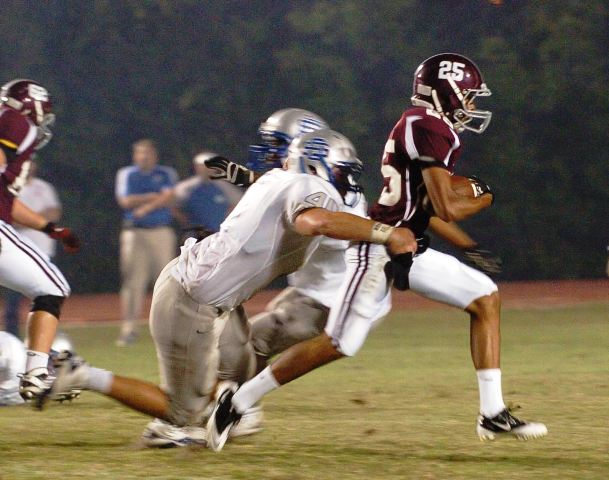 Justin Mark moves downfield with a pass from Ben Hickman 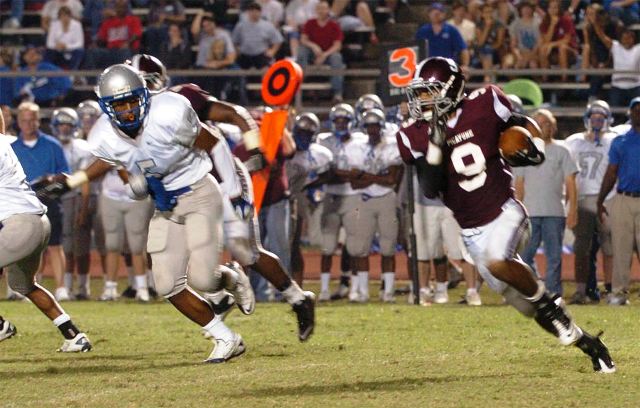 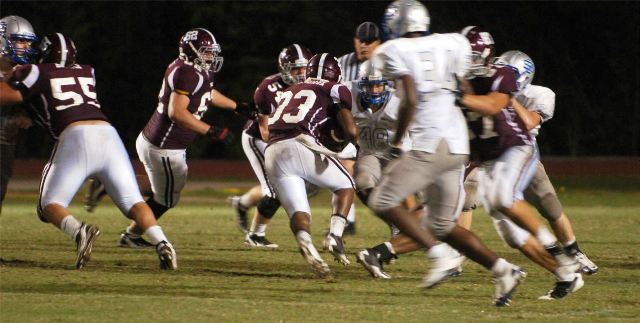 Preston Dedeaux (33) picks up yardage after a good block from Austin Brewer (55). 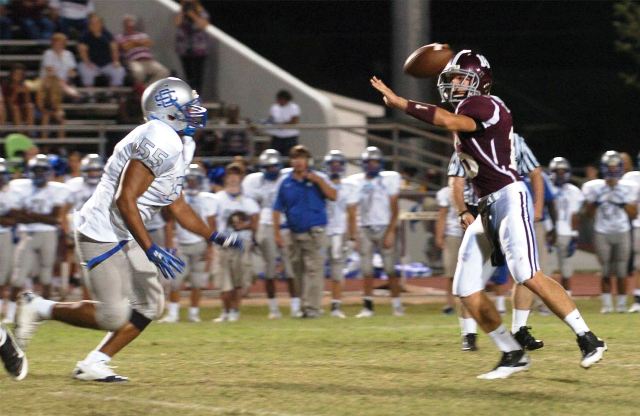 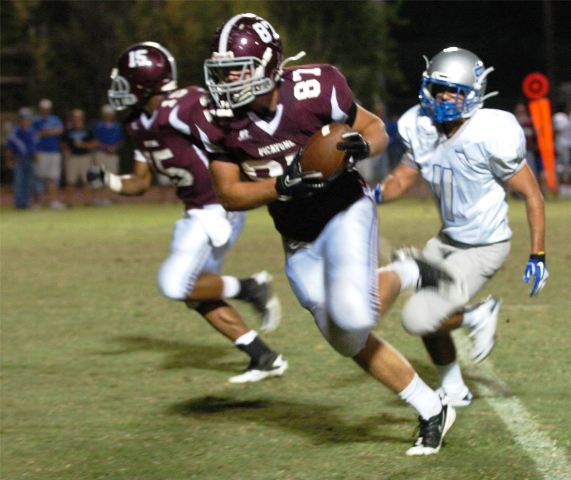 Tanner Bryan (87) after catching a pass from Ben Hickman